Join us as two contemporary Latin Music musicians explore the intersection between the voice and horns in various styles of Latin Music, sharing their individual creative processes, and personal journeys.

Gabriel Gonzalez is an actor, singer, and songwriter from East Los Angeles who recorded his first album by the age of eight. Gabriel’s career includes a wide range of television, theater, film, touring, commercials, and live performances. Born to Mexican immigrants from Guadalajara, Jalisco, the Familia Gonzalez have been a staple of the Los Angeles community in the Mexican and Chicano sound. Gabriel is a Grammy award-winning singer and longtime collaborator of Quetzal. He performed in the musical “In the Heights” by acclaimed composer Lin-Manuel Miranda as one of the principal characters of the 2011- 2012 North American National Tour. Gabriel has shared billing with some of the most celebrated performers, including Camilo Sesto, Lalo Guerrero, Juan Gabriel, Los Van Van, Los Lobos, and Celia Cruz. He is currently working in California salsa community with bands such as Boogaloo Assassins, who are scheduled to release their second album in 2021, and with his own Gabrielito y La Verdad, who are also putting finishing touches on their first album anticipating a 2021 release.

Sam Robles is a Grammy nominated musician working in Los Angeles. Hailing from Tucson, Arizona, Sam studied contemporary saxophone at the University of Arizona under Dr. Kelland Thomas and continued his training at the California Institute of the Arts where he majored in Jazz Studies. He has performed, recorded, composed, and produced music with such artists as Kelis, Kamasi Washington, The Heavy, La Santa Cecilia, Lauryn Hill, Solange Knowles, Portugal the Man, and Weezer. In 2017, Sam contributed to the musical score of the feature film “How to be a Latin Lover” featuring Eugenio Derbez and Salma Hayek. To date, the film is one of the highest grossing Spanish language films ever in the U.S. In 2018, he recorded saxophone for the Grammy nominated album by Ziggy Marley entitled “Rebellion Rises”. As a founding member of the Tropi-Funk musical juggernaut Jungle Fire, he has recorded three full length albums on Nacional Records. Jungle Fire has toured the world including Brazil, Spain, Colombia, United Kingdom, and the Canary Islands performing their unique brand of American soul and funk music fused with Afro-Caribbean rhythms. Recently named by the Los Angeles Times as one of LA’s best live bands, Jungle Fire continues to thrill audiences across the globe. Sam continues to be an active performer in Southern California performing at venues such as Coachella, FYF Fest, Dorothy Chandler Pavilion, Grand Park, and the Ford theater. In 2021, he will debut a new musical group called “The Revues” which plays border music reminiscent of the great Mexican American ballrooms throughout the American Southwest. Their first single will be released on Colemine Records in February 2021. 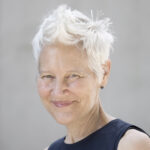